Named after: His dad Firestarter.

Pet name: Yahtzee (before he moved he was called Mus,
or ’Mouse’, because he was such a little mouse). 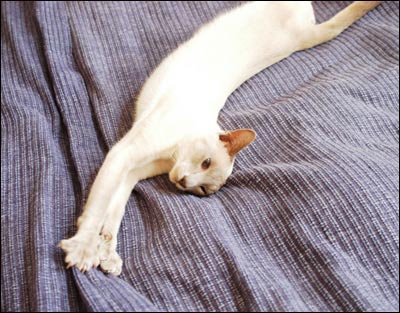 Sorbet had a very difficult birth this time.
One kitten got stuck and she was taken to
the animal hospital in panic.
She managed to give birth finally all by herself, and
a Caesarian was avoided, but the baby was dead.
Two other babies were weak, one we lost too quick and one girl who had been growing well suddenly had a diarrhoea and passed away a few days old. Also Sorbet was a bit tired and it was decided she should be put on antibiotics. Now, I understand the little girl probably had an infection, that
was passed on from her Mum, and that Sorbet should of course have been put on antibiotics directly after the complicated birth, as she was so exhausted and was clearly at risk for catching an infection.

Only one boy made it. But what a boy!
He is always extremely happy and so charismatic.

We hoped he would become a father but when
he was older, a big hard bump became visible on his back.
X-ray shows two of his vertebras are
leaning against each other.
The cause is unknown but of course he became a
neuter and is enjoying it fully,
being the baby of ’Mum’ Marika. 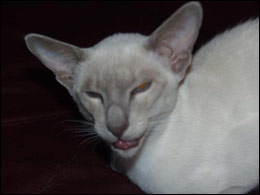 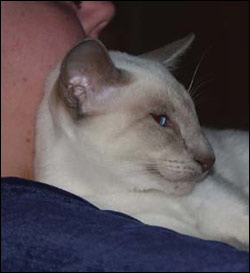 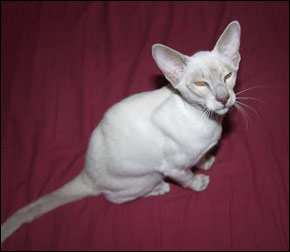 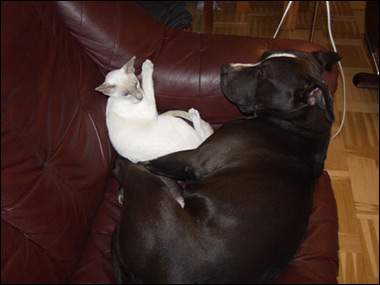 Yahtzee with his own dog, Weber. Truly best friends! 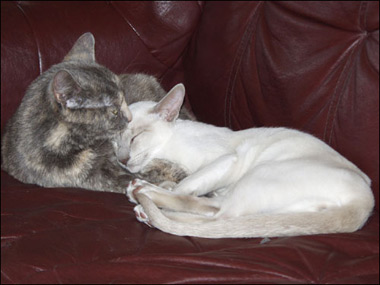 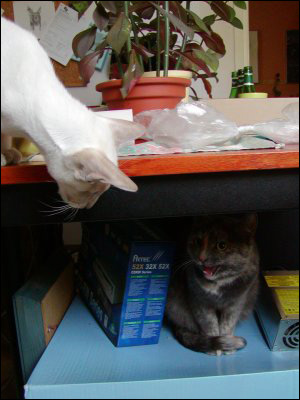 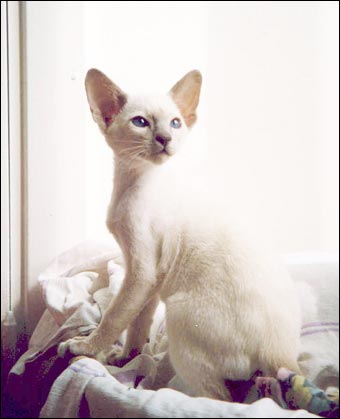 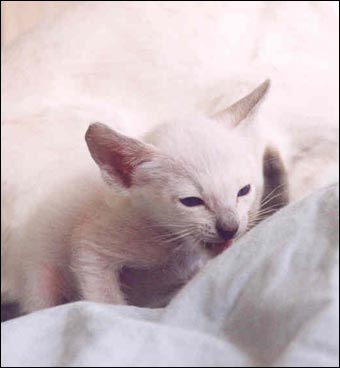